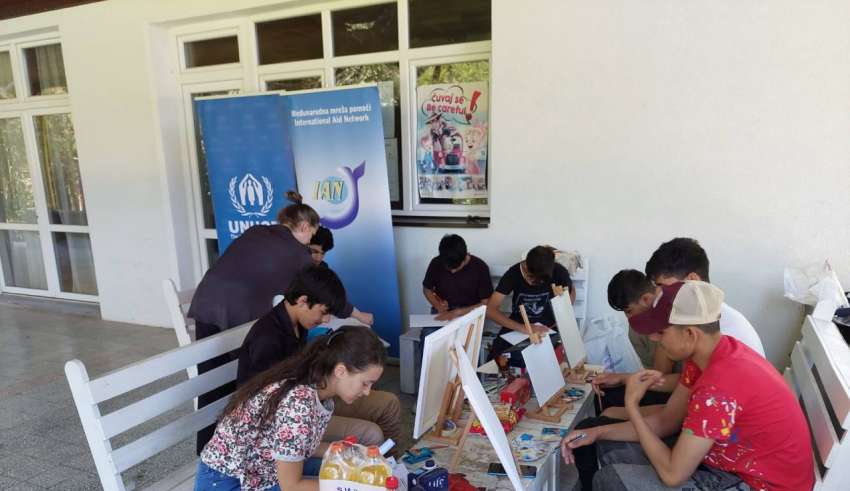 “No one puts their children in a boat unless the water is safer than the land.” – Warsan Shire

In 2000, the United Nations General Assembly adopted June 20 as International Refugee Day.
According to the UNHCR, the number of refugees in the world has exceeded 100 million. This figure is “sobering and alarming. It is a record that should never have been reached,” said Filippo Grandi, the UN High Commissioner for Refugees.
The number of refugees is growing day by day, especially as a result of ongoing and new conflicts or crises around the world. In Ethiopia, Burkina Faso, Myanmar, Nigeria, Afghanistan, South Sudan, Yemen, Burundi, Venezuela and many other countries, and recently we have a war in Europe, in Ukraine. Which is why Europe is the point with the biggest refugee crisis, because most people come to Europe. More than six million people from Ukraine have fled and over 10 million have been displaced within the country.
According to the data of the Commissariat for Refugees and Migration, there are about 7,000 refugees from Ukraine and most of them are in private accommodation, and a small part, 68 of them, are located in the center in Vranje. In addition, there are 5,082 refugees in the Asylum Centers and Reception Centers of the Commissariat for Refugees and Migration, while an estimated 2,000 more are out of the centers. According to the national structure, most of them are from Afghanistan, Syria, Pakistan, Burundi and Bangladesh . We believe that the tragedies of new crises must not suppress the problems of the elderly, refugees and displaced persons (from Bosnia and Herzegovina, Croatia, Kosovo and Metohija, etc.), so today we celebrate the strength and courage of all these people who were forced to go to war, conflict or persecution. leave their homes. We shed light on the rights, needs and dreams of refugees, helping to mobilize political will and resources so that refugees can not only survive but also thrive.
On the occasion of the INTERNATIONAL REFUGEE DAY, IAN, in cooperation with the Crisis Response and Policy Centre (CRPC), and with the support of the UNHCR and the Commissariat for Refugees and Migration of the Republic of Serbia, held a creative workshop at the Asylum Center in Bogovadja.

As a part of the Community-based Support in Integration project, implemented by IAN thanks…